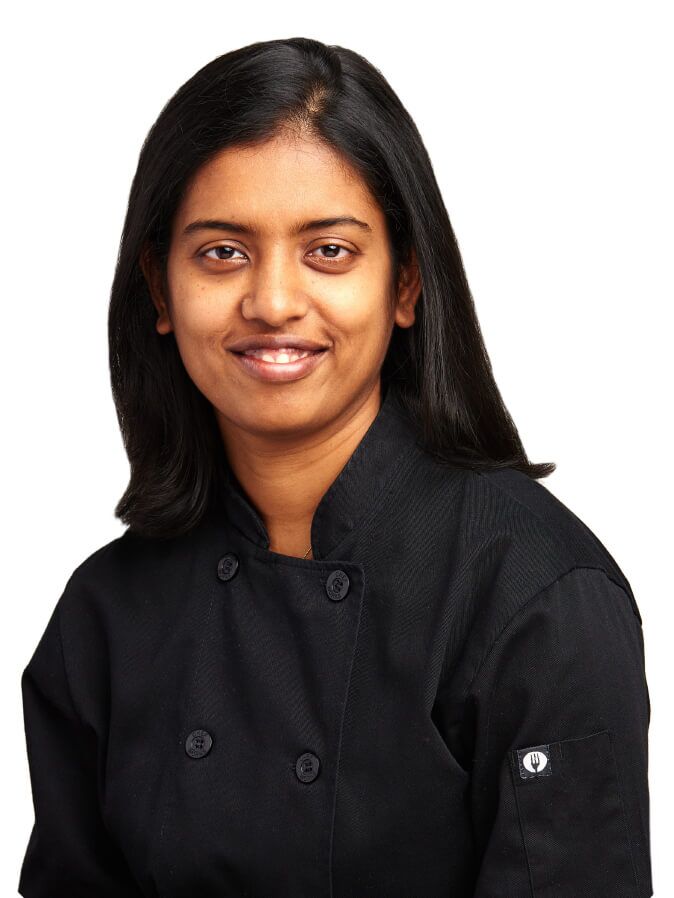 The Dates and Olives concept was inspired from Eastern Mediterranean cuisine, keeping foods delicious fresh and nutritious in a vibrant ambience. Our passion for cuisine, people and culture combined with extensive global work experience lead us to our path which is Dates and Olives:

Renita the Chef Owner has more than 25 years of culinary experience across three Continents, working with Michelin Star chefs.

Renita’s 2011 stint on the Food Network’s “Chopped” will always be linked with the birth of her son. “I was nursing between shoots,”

Since then, Mendonca has grown her catering company, Seasoned and Spiced. In 2018, she opened Dates and Olives Mediterranean Grill on a busy block in Natick. If that sounds like an ambitious run of accomplishments, you quickly realize it’s par for the course in the life of this chef-entrepreneur.

After finishing hotel school in India, Mendonca worked on the culinary side of luxury hotels in her home country, as well as in Dubai, Oman and Spain, before winning a scholarship to Johnson & Wales University in Providence, RI. That led to an internship at The French Laundry, the three-star Michelin restaurant in California. She credits her home town Bombay “melting pot of cuisines” as an important influence, as well as her own mother, whom she declares “one of the finest cooks ever.”